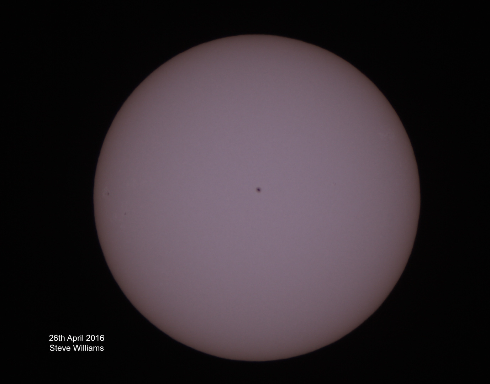 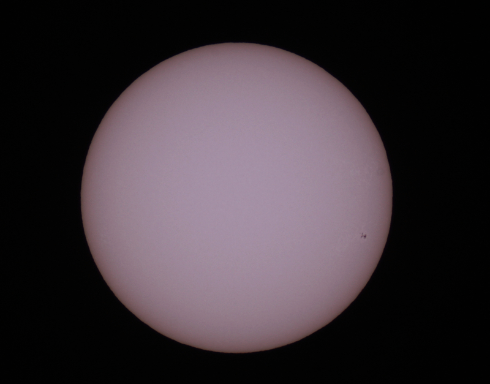 An white light image of the Sun taken on 31st December 2015 through the 6" Refractor.  One major sunspot group was on view (AR 2473), certainly a lot quieter at present than in some of my images taken a year ago. 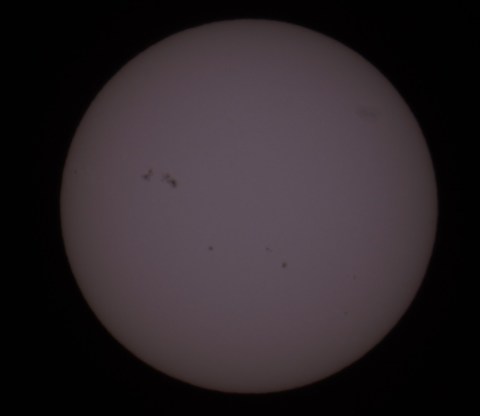