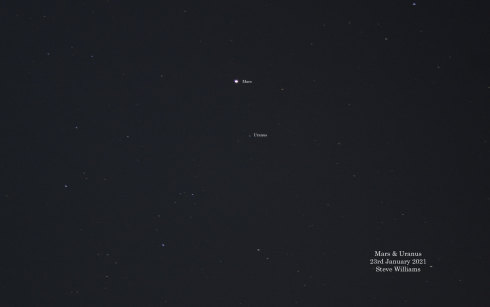 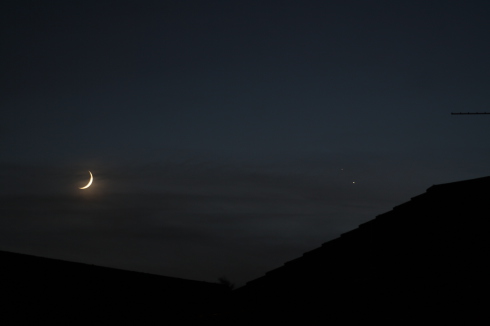 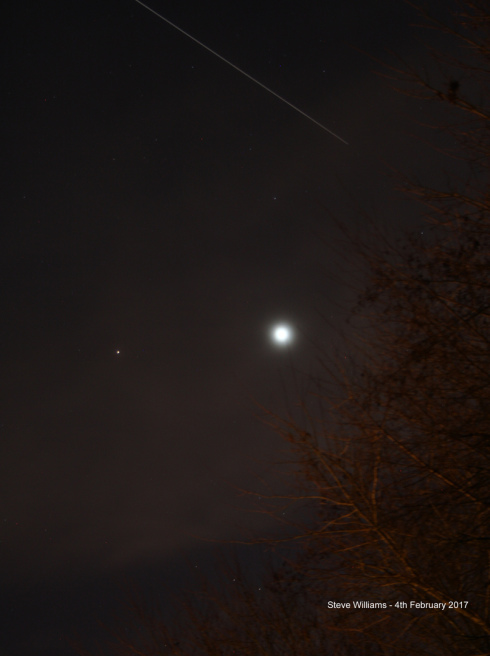 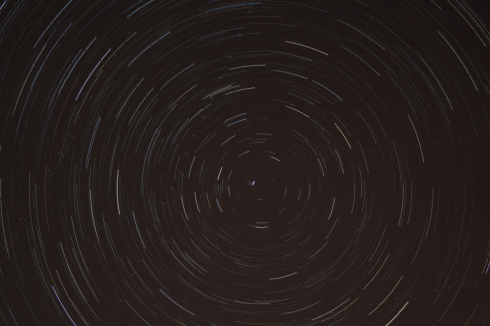 Star Trails Taken On 20th January 2017. Around an hours worth of images. 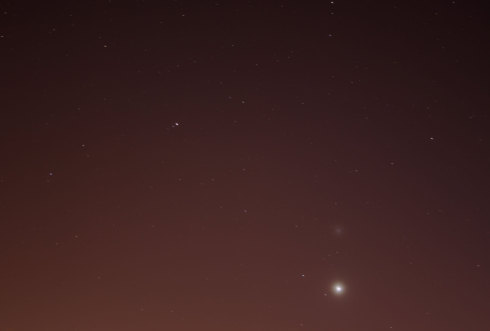 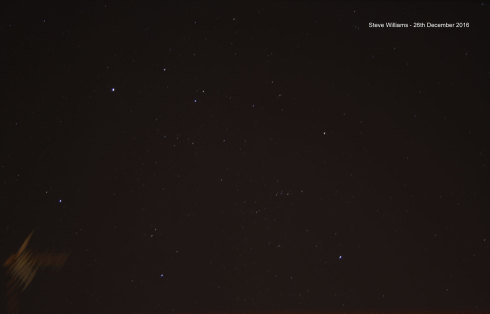 A widefield view of the constellation of Auriga taken on 26th December 2016. 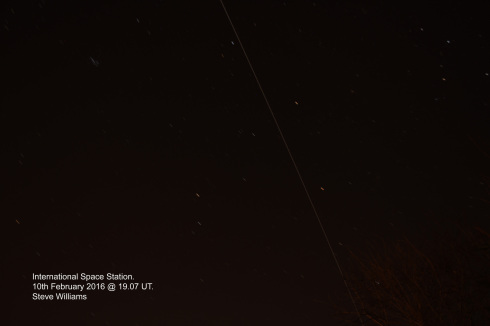 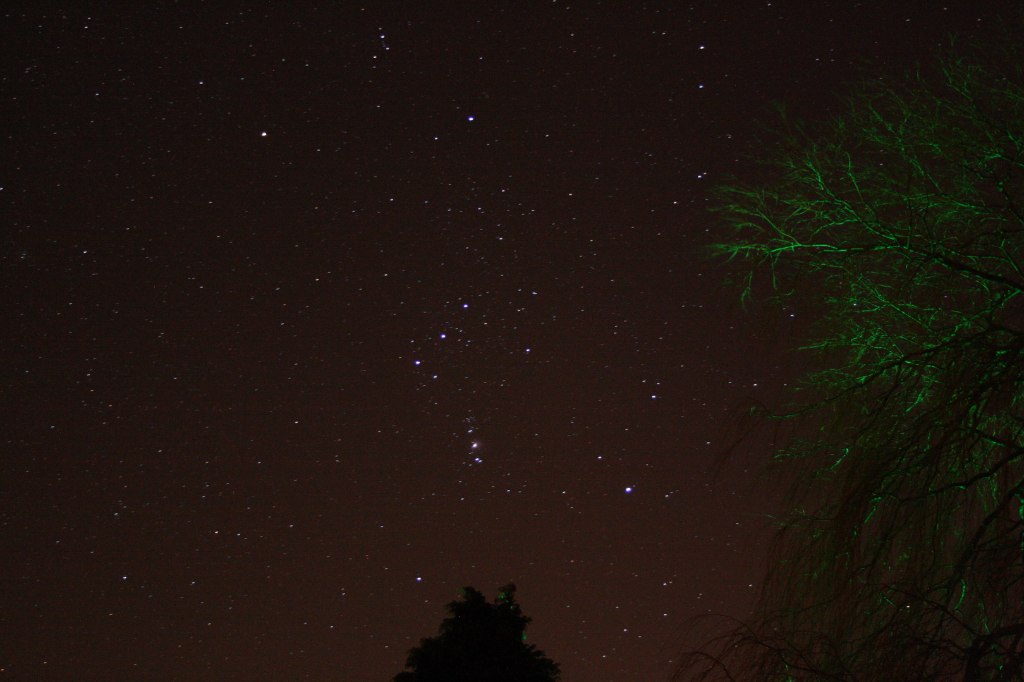 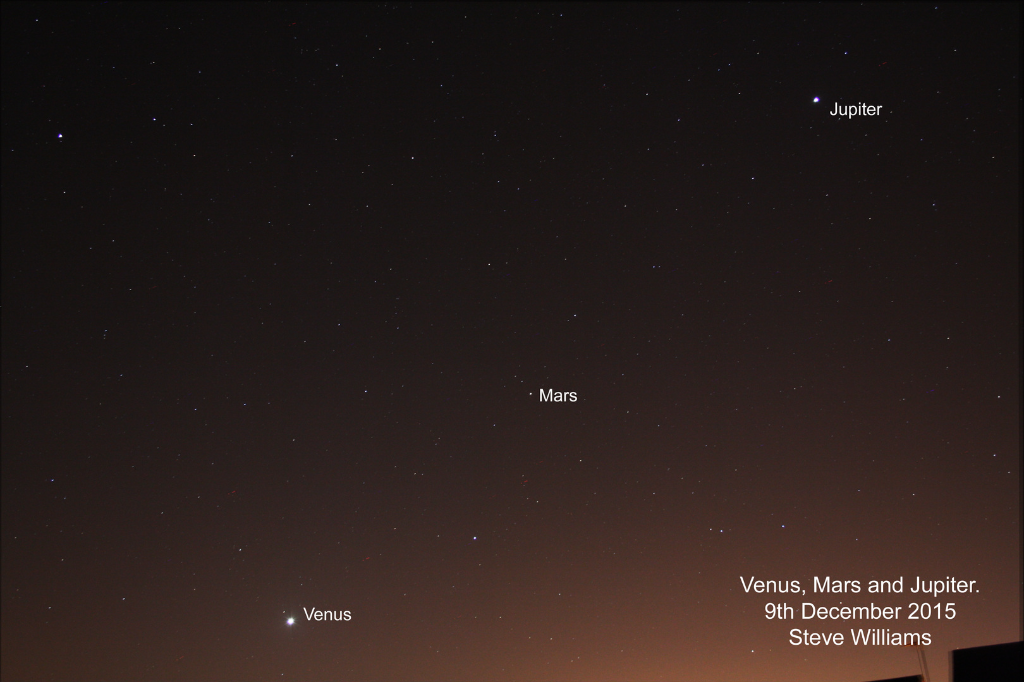 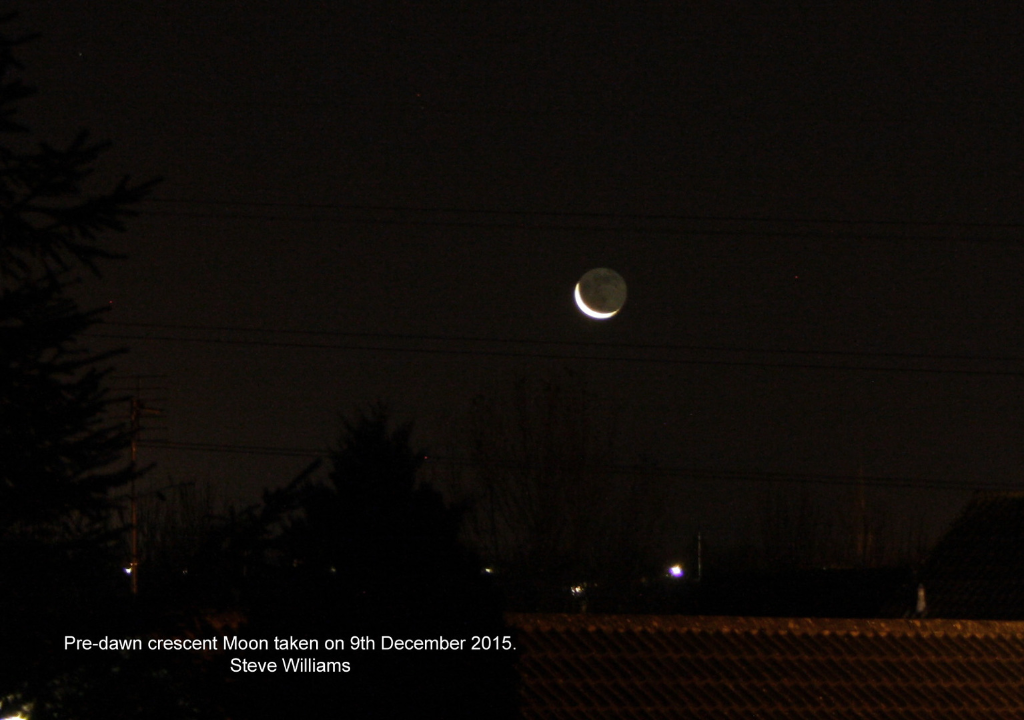 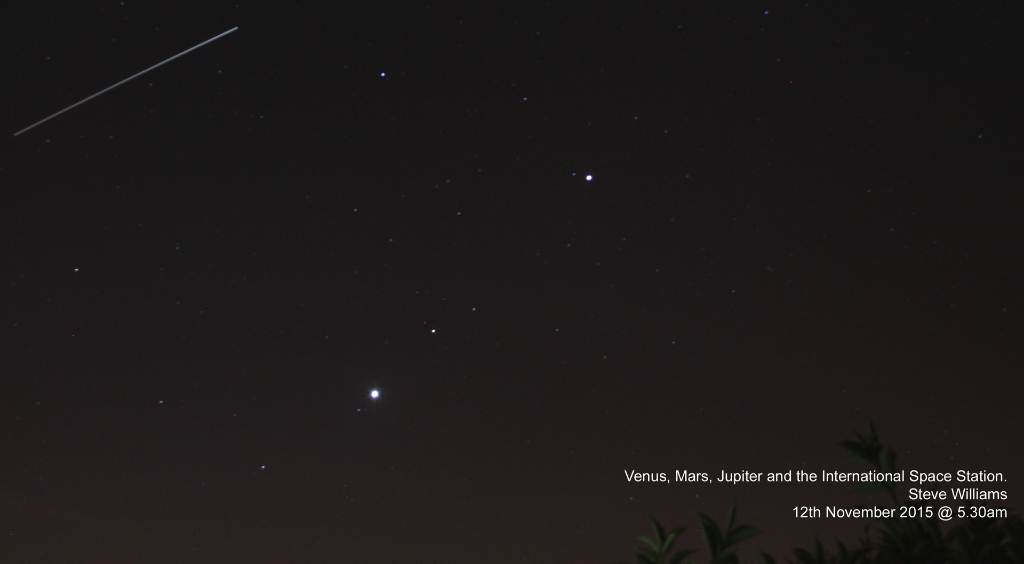 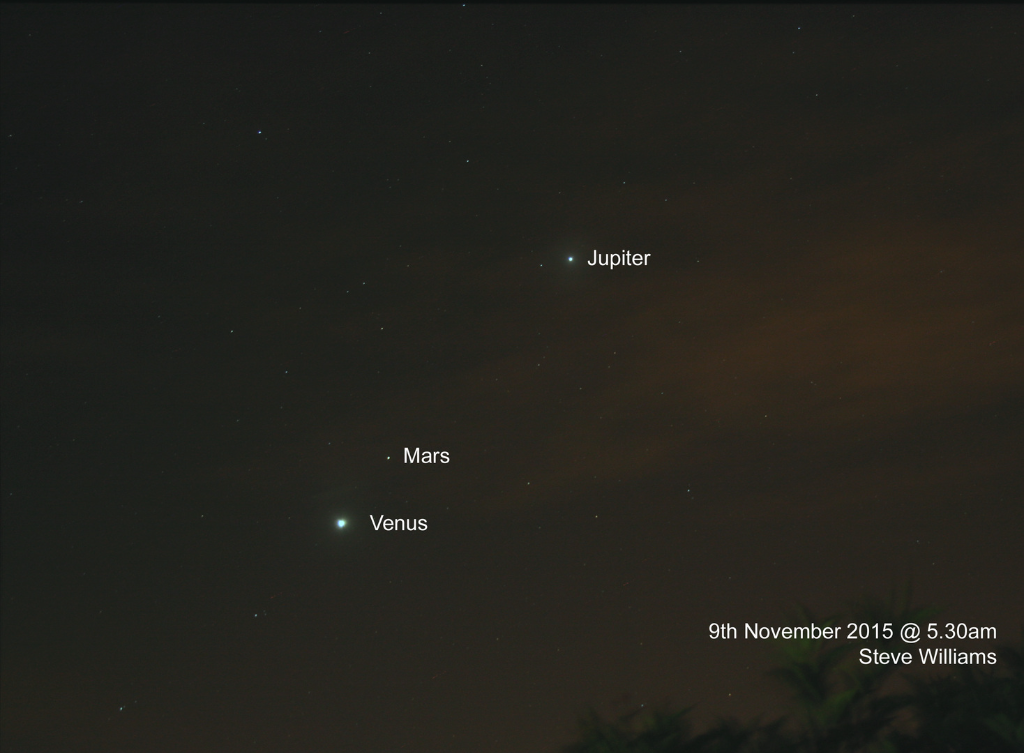 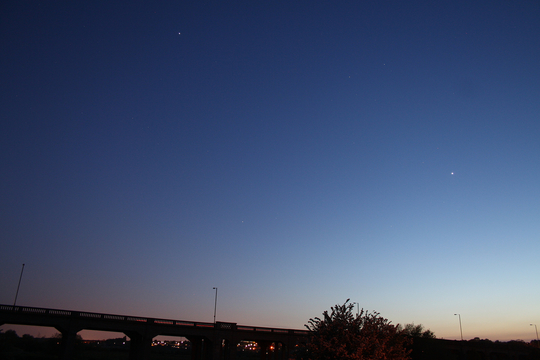 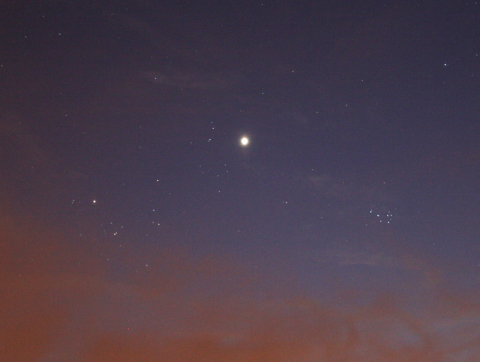 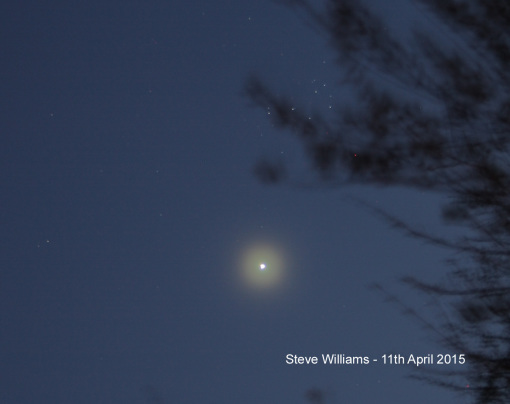 Venus at it's closest to the Pleiades Star Cluster as taken on 11th April 2015.  Eight 20 second exposure images stacked at ISO 400. 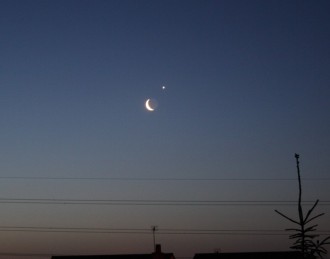 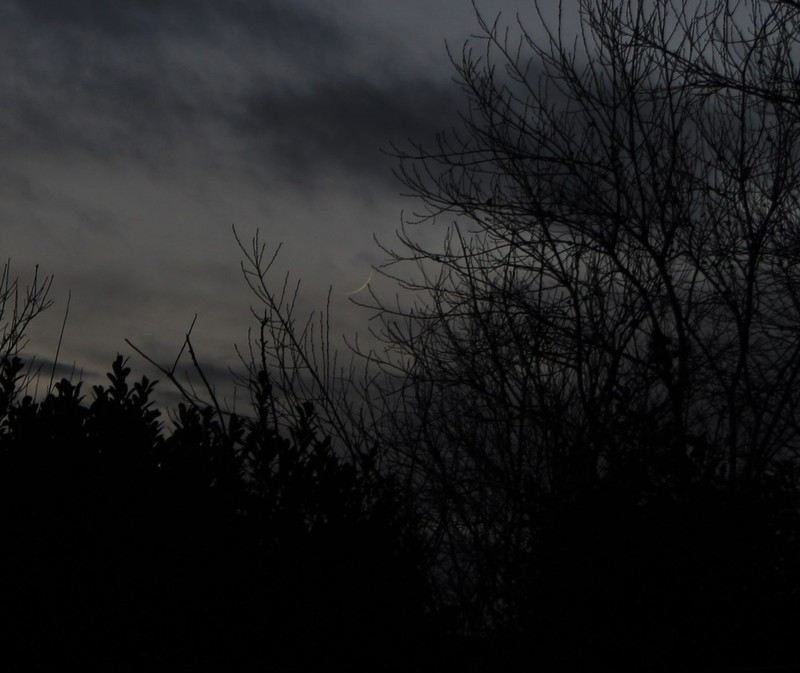 A young crescent Moon taken on 2nd January 2014 at 4.30pm.  Venus should have been visible nearby as well however was unfortunately obscured by the cloud. 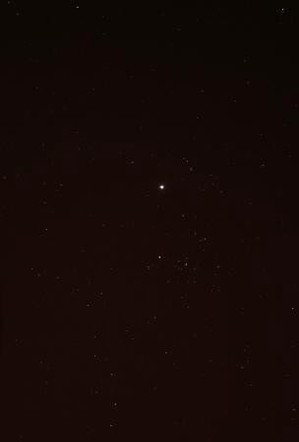 Jupiter and the Hyades Star Cluster as taken on the evening of 10th December 2012. 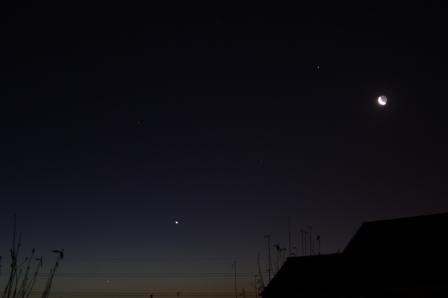 The 'old' crescent Moon, Saturn, Venus and Mercury as imaged in the early morning twilight on 10th December 2012 at 6.45UT.  (Mercury is just visible beneath the power lines to the lower left of Venus!)